Just before 0500 am Schuyler Fire Department was toned out for an outdoor fire. Initial reports from dispatch stated that that the fire was confined to an outdoor boiler. Secondary reports stated the boiler was fully involved and near a structure. Upon arrival of Unit One, the alarm was upgraded to a working structure fire with extension into the roof of the house. Engine 150 and Engine 175 responded and immediately stretched two hose lines and set up a portable-pond for water supply. Mutual aid was immediately requested by incident command from Frankfort Center, Newport and Deerfield for tankers and manpower. Additional assistance was received from Middleville and East Herkimer. The home was consumed by heavy fire in the area of the outdoor furnace with extension into the roof, causing collapse. The structure sustained heavy damage but no occupants or fire personnel were injured. Schuyler reported to be back in service around 1200. 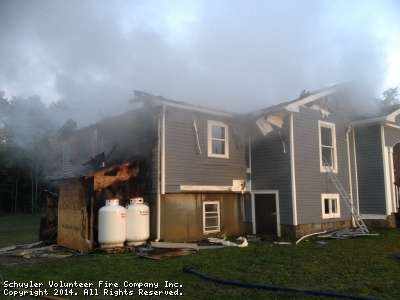 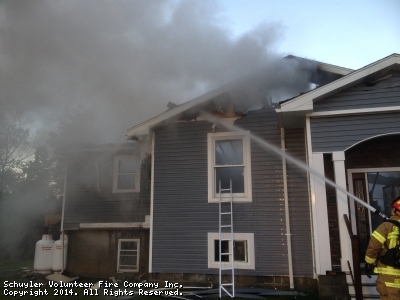 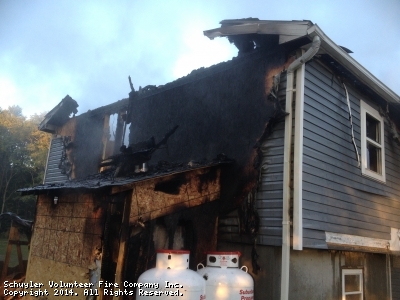 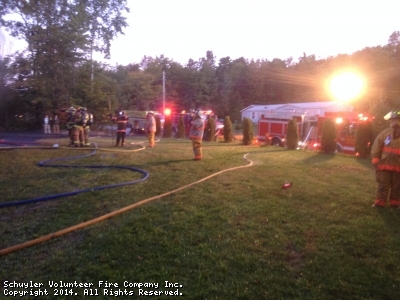 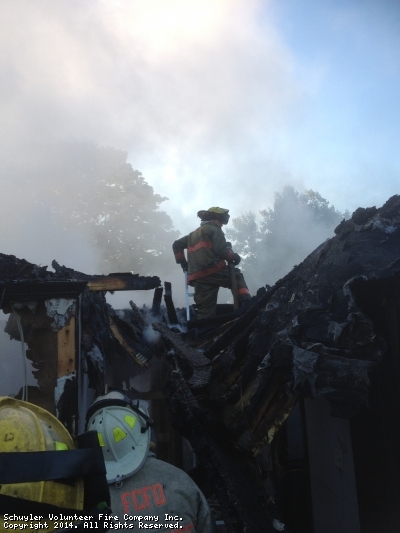 Bowie Road
×
1 of 42 of 43 of 44 of 4
74 entries in the Call history
Early Morning Structure Fire
At 0528, Schuyler Fire was dispatched to a possible structure fire on Mowers Rd in the Town of Schuyler. Initial reports indicated smoke was filling the residence. Unit 2, upon arrival, upgraded the alarm to a working structure fire after fire was found in the chimney and extended into the structu...
➠
Crews Respond to Working Structure Fire at CharlesTown Mall Complex
At 1107, two engine crews from Schuyler Fire were requested by Frankfort Center FD to the scene of a working structure fire at the CharlesTown Mall Complex in Frankfort. Initial reports stated there was smoke coming from a garage located just behind the main mall building.
➠
Crews Respond to Working Structure Fire 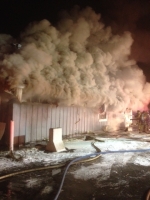 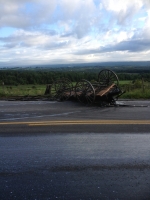 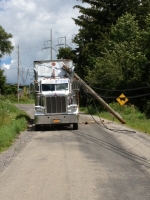 A tractor trailer on Millers Grove had hit some overhead lines causing a telephone pole to snap become entangled on all the wires. The occupants were trapped in the vehicle until National Grid arrived and cut the power.
➠
1 of 42 of 43 of 44 of 4
74 entries in the Call history
Events calendar
November 2022
S
M
T
W
T
F
S
Auxiliary Meeting
Board Of Directors Meeting
Officer Meeting
Regular Monthly Meeting
Business District Pre-Planning D...
Apparatus gallery 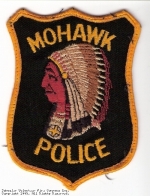